the interview | Jan Vanbrabant, Chairman and CEO of the ERBER Group 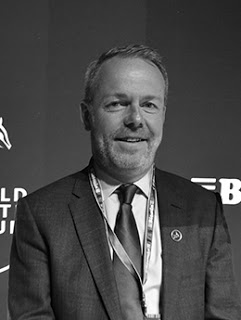 Jan Vanbrabant was appointed Chairman and CEO of the ERBER Group in April of 2017. He has been the CEO of Biomin Asia since 2009 and has played a very important role in the development and the success of the Asian region as Managing Director Biomin Asia based in Singapore.
Dr Vanbrabant holds a master’s degree in Biotechnology and a PhD in Biochemistry from the University of Ghent in Belgium, with fields of expertise in microbiology and biochemistry. From applied scientific research at the University of Ghent, Jan moved to the business world, where he has held positions in sales, marketing, and general management.


When did you first become interested in animal agriculture? Are you from a farming background or did you gain an interest in livestock and nutrition at university for instance?
I actually ended up in animal agriculture by coincidence, as I do not come from a farming background, nor did I study animal nutrition or veterinary science. I studied biotechnology and did a PhD in microbiology, after which I started working in human clinical diagnostics.
It was only later, that I got the opportunity to join our industry. Coincidently, this was at the end of the 90s, while I was doing my MBA and in the middle of the dot.com [internet] boom ... as you can imagine my fellow MBA classmates were not overly excited when I informed them I was joining a company active in the animal nutrition sector.
Before taking this decision, I had a deeper look into this business, and it was clear to me that agriculture and, more specifically, animal nutrition, had a lot of potential for the future. Global population keeps on growing, they need to eat and as part of the daily diet they need protein, which in most cases is and will be from animal origin.  It also did not take me very long to understand that I joined a high-tech industry, where my biotechnology background was a good asset.
Looking back now, it is clear that I took the right decision at that time. Nowadays, when you ask expert advice on where to invest your money, most of the experts will tell you to invest in agriculture! This is the best proof.

Do you feel that your company is making a contribution to the world’s food supply? If so, how is that being achieved?
Yes, I do! Even more, we are making a contribution to a sustainable world’s food supply. In Biomin we are contributing to a more sustainable production of animal protein, that is safe and affordable. Together, with our other sister companies in the Erber Group, Romer Labs and Sanphar, active in food safety diagnostics and animal health. Biomin is the global leader in mycotoxin management, which is gaining importance with the growing challenge of mycotoxins, as a result of global warming.
Next to this, with our Gut Performance Programme, we help animal producers to stop using antibiotic growth promotors and move to antibiotic-free feeding, which is becoming standard practice in most of the world now.

Science and scientists seem to have a less authority and public confidence today than in the past. What has caused this and how do you see agricultural science in particular addressing negative public opinions and concerns now and in the future?
I would say the agriculture industry, including animal agriculture, has done an amazing job during the last decades in providing sufficient food to our growing population. This is something we should not forget, and we should be proud of.
The public opinion on animal production is highly influenced by NGOs with big financial support, that use every small opportunity they get to put us in a bad light. This can be animal welfare, food scandals or others. In every industry you will find individuals that don’t follow the rules, and by doing this can potentially cause a lot of damage to all the others, who want to do things right.
From what you see in the news on animal production, you sometimes have the impression that these questionable individuals are the rule rather than the exception. This is due to these NGOs that will use every small opportunity they get to show this. Here lies a great opportunity for us. Animal protein is a safe source of protein that is and will be essential to feed the 10 billion people that will be living on our globe in 2050. We have to make sure this protein is produced sustainable and keeping in mind the well-being of the animals, and we have to show this to the world.

What are the constrains to successful food production - namely, availability, safety and affordability - in meeting world demand by 2050 and how do we overcome them?
As I mentioned already earlier, in order to meet the world demand in 2050, the food of the future needs to be safe, affordable and most importantly produced in a sustainable way. I do not see many potential constraints if we do things right.
There are enough resources available, we just have to use them in the right way. We have to stop using antibiotic growth promotors, to tackle antibiotic resistance, and keep antibiotics for treatment, what they were developed for. We have to further increase production efficiency, thereby reducing environmental impact and as much as possible use renewable ingredients.

What impact can a company such as Biomin and Erber Group have in meeting these challenges, particularly in the developing world?
With Biomin and ERBER Group we are present in more than 120 countries in the world. As a group we have seen our strongest growth in the last 5 - 10 years in Asia and South America. Early October, we had our World Nutrition Forum in Cape Town, South Africa. This location was not coincidence, as we strongly believe that the explosive population growth that is expected on the African continent in the next decades, will lead to major challenges in the food supply there. We are increasing our business activities in Africa to help the producers over there to be ready for the future challenges.

Will science, rather than politics, play a greater role in helping food producers meet consumer demands in the second half of this century?
Interesting question! During my talk at the opening of the World Nutrition Forum, I touched on this topic also. For sure, science will help the food industry meeting consumer demands. In order to achieve this, they will need the support of politics. Nowadays we see more often that politics or politicians are the unpredictable factor in all this.
The current situation in Africa is an interesting example of this. It was mentioned more than once during our WNF 2018, and also during the Africa Focus satellite symposium that Africa can supply enough food to feed the growing population on this continent.
at 13:40