31/03/14: As the IEC celebrates its 50th anniversary, IEC Business Conference Vienna 2014 gets off to an excellent start

Over 300 leaders and decision makers from egg businesses across the world are gathered in Vienna, Austria, this week for the International Egg Commission’s Business Conference.  During the next two days delegates will hear from industry experts and business leaders, as they discuss the latest trends and issues affecting the international egg industry.

Former EU Commissioner of Agriculture, Dr Franz Fischler and former ALDI Board Member and CEO, Johann Morwald will open the conference sessions on Monday morning.  Dr Fischler will provide invaluable insights into EU policy and the impact on supply price and stability of feed grains, and Johann Morwald will discuss retailer expectations for the food industry.

IEC Chairman, Cesar de Anda, officially opened the conference on Sunday evening; he welcomed over 300 delegates from 30 different countries. 2014 is a significant year for the IEC, as it celebrates its 50thanniversary; to mark this milestone, the organisation will be celebrating its past while looking to the future of the industry.

Cesar de Anda told delegates:  “I am delighted and proud to welcome you all to Vienna for our organisation’s first IEC Business Conference.  During the next two days we will have the opportunity 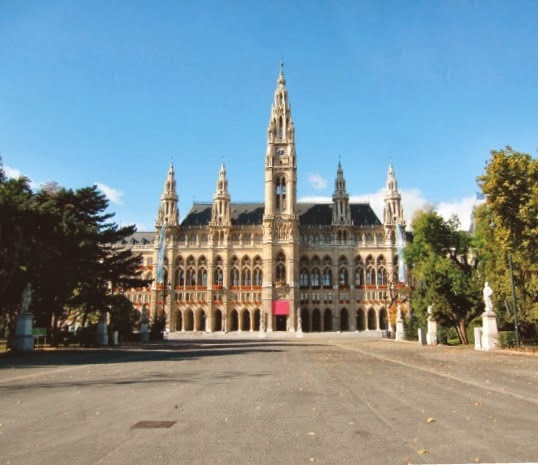 to discuss the incredible strengths that our product, the egg, and our industry has to offer the world; we will also learn ways in which our businesses can become even more effective.  We have a fantastic line up of speakers from across the value chain ready to share their knowledge with us on subjects ranging from retailer expectations and egg marketing, to animal influenza and the very latest research into genetics.”

In addition to the conference sessions normally associated with IEC conferences, the new IEC Business Conference will also include new focus group committee meetings, where members will discuss production & trade and economic issues in more detail.
Other speakers who will be sharing their expertise on Monday and Tuesday in Vienna include:
·         Nan-Dirk Mulder from Rabobank
·         Danielle Cagan from Nestlé
·         Dr David Swayne from USDA/Agricultural Research Service

We will bring you daily updates from the conference, ensuring that you are kept fully up to date.

The Global Miller
This blog is maintained by The Global Miller staff and is supported by the magazine GFMT which is published by Perendale Publishers Limited.
at 06:01 No comments:

Nick, a Mechanical Engineer by training, started his career with Rolls Royce Ltd, designing aero engines.  This was followed by a move to Oxford Instruments (OI) plc, a manufacturer of high-technology equipment and systems for industry, research, and healthcare.  Where he was responsible for the operations of the NMR manufacturing facilities.


Nick joined Buhler Sortex Ltd in 2005 as Manufacturing Director and was responsible for the manufacture of all optical sorting, and rice processing equipment.  He has been involved in the acquisition and successful integration of companies based in Brazil and China..  He has held responsibility for manufacturing facilities in the UK, India, EU & China.
For the last three years Nick has been heading Buhler’s worldwide rice processing activities. 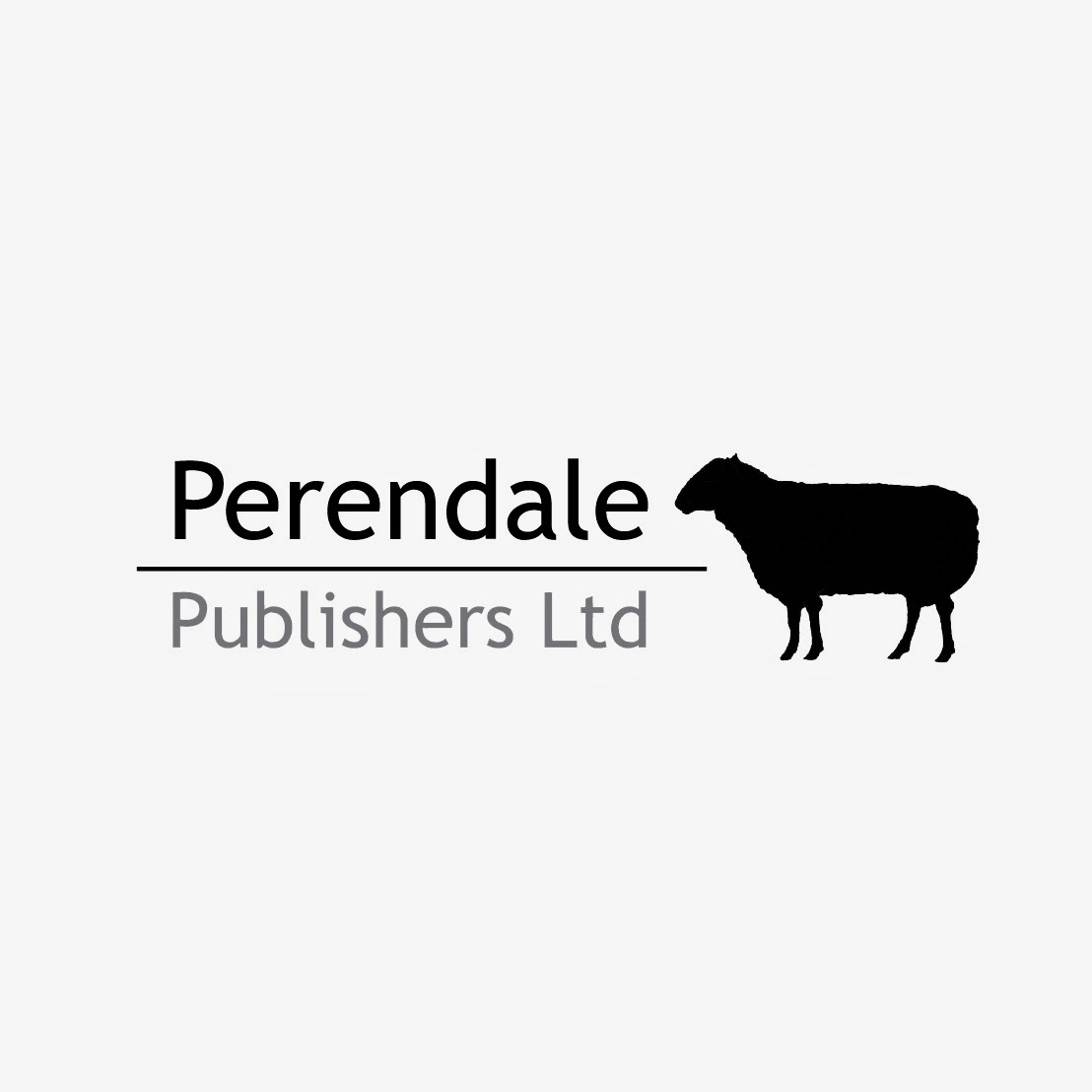 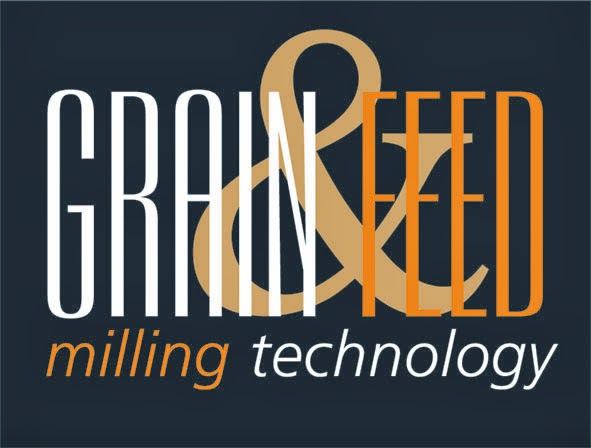 This event looks at bringing to India international participants as either speakers or delegates to review the Indian milling industry - flour, rice, feed and grains - from a milling processing

point-of-view. India with its one-billion-plus population will be a major user of milled products and a leading country in total milled grains in the decades ahead and will lead the region in technological advancements.

This year’s program covers both feed and food subject jointly over six sessions and panel discussion which include, in addition to the opening keynote session with its focus on UK, India and China, will include:

The cost to attend is Rs.10,000/-Person for Indian delegates and US$250/person for foreign registrants. The full programme can be seen on the following links along with registration procedures.

International registrations can be made through the link: http://conta.cc/1dLDToE

Indian registrations can be made through the link: http://www.assocom-india.com/gmc/

The Global Miller
This blog is maintained by The Global Miller staff and is supported by the magazine GFMT which is published by Perendale Publishers Limited.
at 04:56 No comments:

Mr Kendall was elected during the final session of the WFO General Assembly in Buenos Aries, Argentina, and succeeds American Robert Carlson.

The WFO is made up of more than 50 national farmers’ organisations and agricultural co-operatives and was formed to improve the livelihoods of farmers and the viability of rural communities as well as ensuring coherence with other agriculture related activities, such as forestry, aquaculture, the environment, trade, research and education.

NFU President Meurig Raymond, who has been attending the five-day conference, said: “I would like to congratulate Peter on his election as President of the WFO. Over the past eight years he did an outstanding job for the NFU in promoting British agriculture, not just at home, but to a worldwide audience. I know that in this role he will show the same effort and enthusiasm to help develop key agricultural policies, including food security, climate change and trade.” 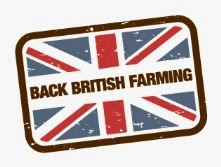 Robert Zhu joined Buhler in 2002, after working as the head of Technology and Production in a flourmilling company of China, started new challenges in building up Customer Service organizationin Buhler China.
With the experiences gained in the China market, Robert Zhu took over the management of the grain milling and the grain processing business. Since 2014, Robert Zhu is leading the Buhler’s Asian food and pasta activities and is to develop the manufacturing platform of Asian food applications.

Mr Zhu will be addressing the following topics in his presentation at the GRAPAS Conference on April 8, 2014 in the BITEC, Bangkok: 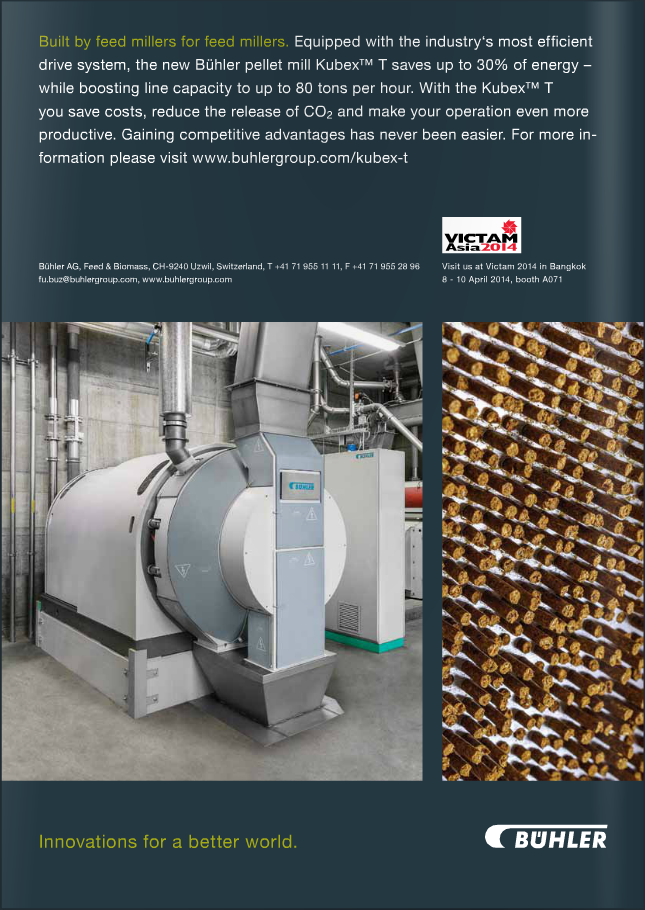 28/03/14: New preconditioner: How does it increase global performance in feed extrusion processing? 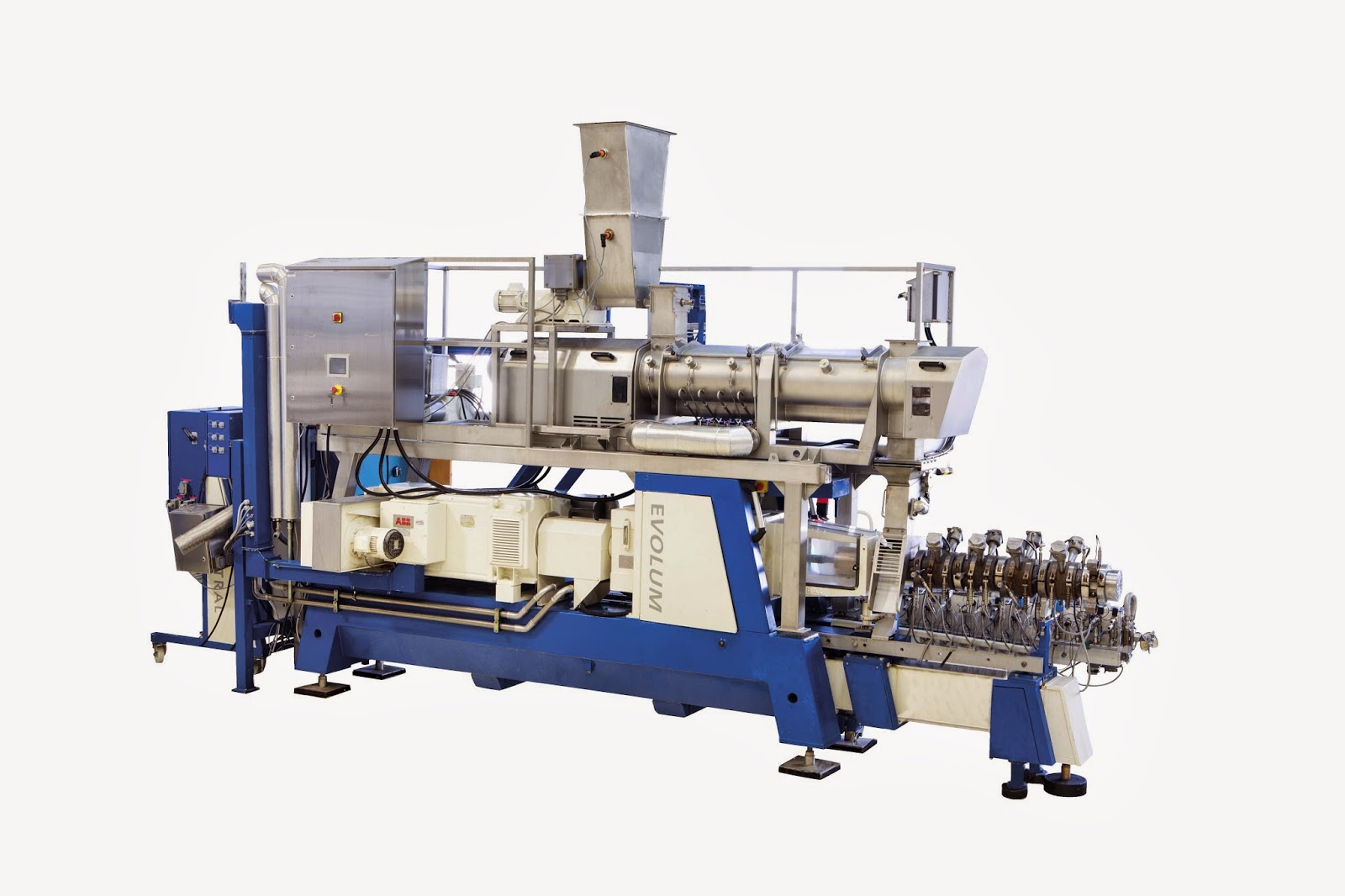 28/03/14: Feature: Having no choice is not reasonable - The quest for a healthier snack

Having no choice is not reasonable - The quest for a healthier snack by Grain and Feed Milling Technology magazine
Read more of our features here!
at 04:00 No comments:

Adisseo is launching the Rovabio® Enzyme Clinic, a unique tailor-made training session - a balanced mix of scientific lectures and practical exercises on how to get the most from feed enzymes. This training is provided to customers by Adisseo’s nutritionists and technology experts.

Enzymes increase nutrient availability in feed and contribute to better animal performance, lower feed costs and pollution reduction.
Since enzymes are highly specific proteins which work in very small quantities, it is necessary to have precise knowledge on their modes of action, the nutritional implications of their effects and their handling properties for premix or feed  applications.
Hélène Lionet-Llorca, Adisseo Enzymes Business Unit Director, highlighted the benefits of this program: “This training offer concentrates the knowledge Adisseo has gained during the development of our Rovabio enzyme range over the last 17 years. It is the result of the high R&D investment that we dedicate every year to enzyme nutrition and application, and the cooperations we have with external partners. Most importantly, it includes all the various information and techniques that we have generated from the practical application of enzymes via our close relationships with customers from all parts of the world.”
It is designed to benefit nutritionists, quality managers, mill managers and purchasers.

Depending on a customer’s predefined needs, Adisseo sets up a 2-3 days training program developed specifically for their team. The objective of the training can be different, according to each customer and the participants involved. This program is officially recognised as a training course by the French professional education authorities. It is made up of specific modules on different topics, from selection of the appropriate enzyme preparation, value extraction in formulation, application technologies to methods for checking enzyme activity in complete feeds. The training includes presentations, videos and practical workshops on both non-starch polysaccharides (NSP) enzymes and phytases, as well as special tests developed by Adisseo to help in enzyme assessment.

This training is part of the global Rovapack offering, a comprehensive set of services designed to answer all customers’ needs for maximizing Rovabio® value in their specific usage conditions. 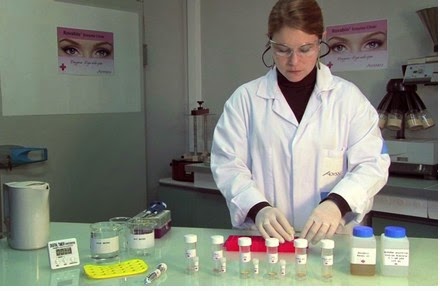 About Adisseo Group
Adisseo Group is one of the world’s largest manufacturers of nutritional solutions for animals. It designs, manufactures and markets four families of animal feed additives: Rhodimet®, an essential amino acid for monogastric animals (poultry, pigs, etc.); Metasmart® and Smartamine®, a unique methionine range for ruminants; Rovabio®, a multi-enzyme speciality which improves the digestibility of raw materials and Microvit®, a complete range of vitamins.
Adisseo strengthened its expertise in the field of food ingredients formulation, research and development and industrialization since the acquisition of Innov'ia, a European leader in the design and contract processing of powered and granulated ingredients for the food, cosmetics, pharmaceuticals and fine chemicals industries.
Worldwide, Adisseo employs over 1,700 people, has 5 research and development divisions and 7 production facilities in France, Spain and China. Through its global distribution network, it serves more than 2,500 clients in more than one hundred countries. In 2012, the Group's turnover exceeded €1.1 billion (US$1.4 billion).
Adisseo Group is one of the main subsidiaries of China National BlueStar, a key player in the chemical industry in China with 30,478 members of staff and a turnover of €6.9 billion.
at 03:58 No comments: