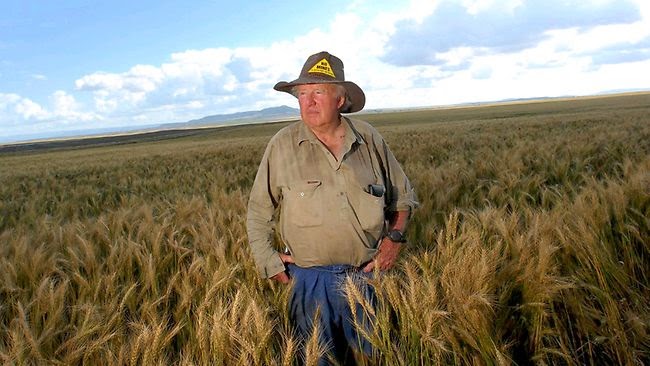 German corporate giant, BASF, one of the world's largest makers of agricultural chemicals has recently bolstered its presence in Australia, with 40 new jobs and increased investment in research and development.

The head of BASF's crop division, Markus Heldt, recently visited Australia and said “We've looked at consumers' behaviour, farmers' attitudes the last couple of years around the globe and we felt there's clearly a need to recognise achievement of modern farming, the contribution of farmers around the globe to our wellbeing. That's how we came up with our slogan. We've done a global branding campaign in 2013 in 20 different countries around the globe and we just feel strongly that somebody has to speak up in favour and in support of farmers.”

Adding to that he said “So, obviously, today we have more than seven billion people living on this globe and we expect another two billion until 2050. Eighty per cent of those additional two billion people will live in Asia. So obviously we have to produce more on the same amount of land, or even less, and using less resources to feed the growing world population. That's a big challenge. And we believe that technology and R & D - research and development - are needed to meet these challenges in the future and that's where we as a global company, BASF, is stepping up to the challenge to commit long-term resources for research and development to address some of those most-pressing needs.