The European Food Safety Authority (EFSA) has published a positive Scientific Opinion on the safety and efficacy of FUMzyme®—the first purified enzyme to biotransform fumonisins into non-toxic metabolites—thereby marking a momentous development for mycotoxin risk management.
BIOMIN has received the first-ever EFSA positive opinion for a purified enzyme capable of biotransforming fumonisins.
In their Scientific Opinion, EFSA concluded that FUMzyme® is safe not only for animals, humans and the environment, but also demonstrably efficacious in pigs. FUMzyme® was originally isolated from the fumonisin degrading soil bacteria Sphingopyxis sp. MTA 144 and identified as fumonisin esterase by the BIOMIN Research Center.
EFSA acknowledged the product's efficacy in degrading fumonisins to compounds of significantly lower toxicity in the gastrointestinal tract of animals. The sphinganine/sphingosine ratio, considered the most sensitive endpoint for fumonisin toxicosis, was included as an important parameter in several short- and long-term feeding studies conducted with pigs. 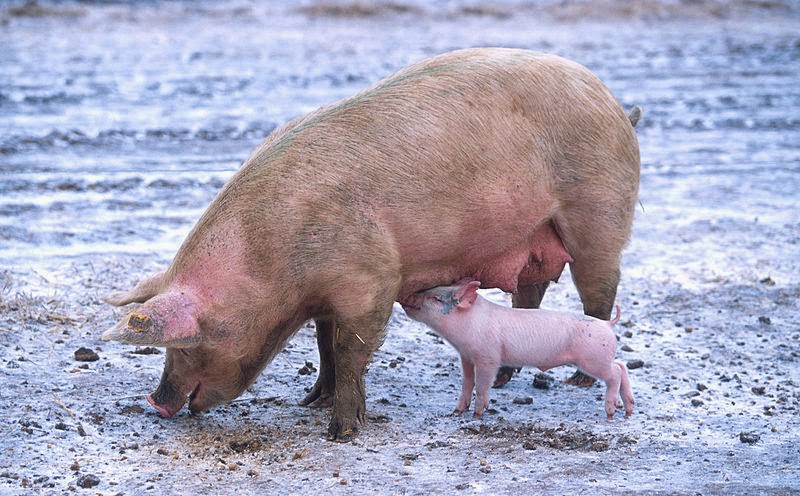 The trials consistently demonstrated that the addition of FUMzyme® significantly reduced the sphinganine/sphingosine ratio of pigs fed fumonisin-contaminated diets with levels above and below EU guidance limits. Sphinganine/sphingosine values generally returned to levels seen in animals fed corresponding diets free from fumonisins.
On this basis, EFSA concluded that FUMzyme® has the capacity to biotransform fumonisins from contaminated pig feed at a minimum dose of 15 U/kg feed.
Until now, the binding of fumonisins to adsorptive substances was the only solution available to counter fumonisin intoxication. Due to the molecular structure of these mycotoxins and pH dependence of the reaction, fumonisins are only insufficiently adsorbed by mycotoxin-binding products in the gastrointestinal tract.
According to the latest BIOMIN Mycotoxin Survey 2013 in which more than 4,200 samples worldwide were analyzed, fumonisins were found in 55% of all feed samples with an average contamination of over 1,400 ppb.
Climate change and the international trade in raw materials are two of several factors that increase fumonisin contamination of feed all over the world. By-products, used increasingly as feed ingredients, pose further challenges with recent findings showing 26,800 ppb of naturally occurring fumonisins in a US DDGS sample. Pig farmers not only suffer from unidentified losses in performance and immunosuppressive effects, but also species-specific clinical problems.
In 2013, BIOMIN became the first company to receive the European Commission authorization for feed additives with mycotoxin-counteracting properties. The authorizations were for the deoxynivalenol-biotransforming product Biomin® BBSH 797 and the aflatoxin-binding bentonite Mycofix® Secure.
FUMzyme®, the result of years of intensive research at the BIOMIN Research Center in Austria, exemplifies the innovation lead of BIOMIN in developing revolutionary strategies to counteract mycotoxins. FUMzyme® was most recently awarded the Houskapreis 2014, Austria’s largest prize for research projects with proven market applications, and in the same week, the FIAAP Animal Nutrition Award 2014 at Victam Asia, a year after its successful launch in Asia.
For more information please visit: http://fumzyme.biomin.net