Ukraine has no plans to restrict grain exports after Russia introduced curbs to stabilise surging prices, and will instead meet with traders to plan the year ahead in "normal operating mode", agriculture minister Oleksiy Pavlenko said on Saturday, The India Economic Times reports.


Last month, Moscow announced it would introduce grain exports duties of at least 35 euros (US$41) per tonne from February 1 in a bid to defend domestic bread supplies against a tumbling rouble. 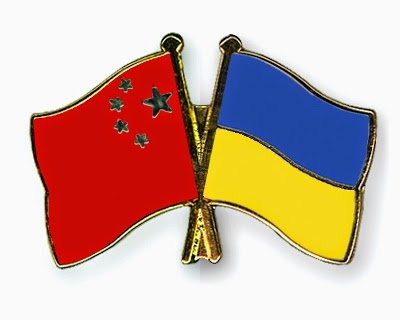 Russia, expected to be the world's fourth-largest grain exporter this year, had been exporting record volumes from a large crop of 105 million tonnes as buyers took advantage of the rouble's decline.

Analysts had predicted that the new duty could raise demand for Ukrainian grain, mostly wheat, and even lead to a domestic shortage.

But Mr Pavlenko said there were no curbs in the works and that the ministry would meet major traders on Tuesday to discuss exports and local markets in view of Russia's decision.

"Nobody is going to introduce any restrictions or any quotas. We (the ministry), together with traders, can plan this year in a normal operating mode without any restrictions," Mr Pavlenko told Reuters in an interview.

He said that the ministry and traders would likely prepare a memorandum for the season, as they have previously, which allows for restrictions to be imposed if exports exceed specified volumes.

Food wheat would be the focus of the meeting, Mr Pavlenko said, but declined to give the maximum volume of wheat available for exports this season. He said total grain exports could reach 33 million tonnes this season.

"We're keen to understand what (export) volumes every company has, we're looking at balances in a bid to understand the full picture. We'll hold these meetings regularly," he said.

This year Ukraine had a chance of harvesting a crop as good as last year's as conditions were similar, Mr Pavlenko said.

There is no final figure for Ukraine's total grain harvest in 2014, but the ministry has said it could total 64 million tonnes.

Mr Pavlenko said that Ukraine's state-run grain firm GPZKU had fulfilled a contract with China for the delivery of one million tonnes of maize despite a shortage caused in part by the political turmoil in Ukraine, where a separatist rebellion is underway in the east.

Industry sources said last month Ukraine was struggling to fulfil contracts signed with China in October and that it could default on about 20 percent of the volumes.

"The contract was under threat. There was a risk 11 ships wouldn't be filled, but we were able to honour the contract. The ships are gone. On January 13, we expect to receive confirmation the contract was fulfilled," the minister said.

The contract was part of a loan-for-grain deal between GPZKU and the China National Complete Engineering Corp. Ukraine hopes to increase sales to the company this year, Mr Pavlenko said.

For additional daily news from milling around the world: global-milling.com
at 04:02